Microsoft’s next console, including the Xbox Series S, already has an official price, prevention and launch date. We tell you everything we know about the arrival of the Xbox Series X. 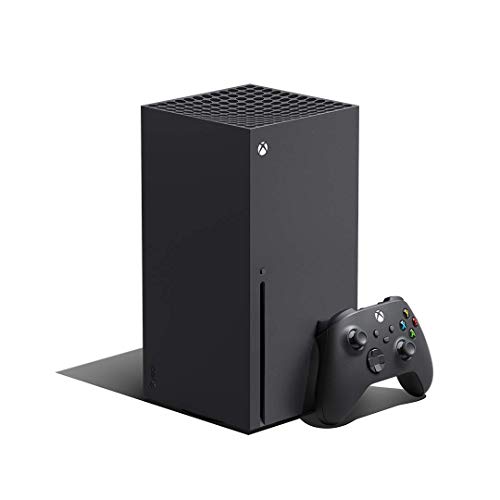 As we enter a new generation of console gaming with the Xbox Series X, hardware and software innovations enable the amazing possibilities for the future of games.

Designed for speed and performance

It’s official, the Xbox Series X costs $ 749, its pre-sale began on September 22 and its official launch is November 10. Microsoft also confirmed the existence and cost of the Xbox Series S, the cheapest and smallest version of Xbox Series X, which will cost AU $ 749, and like its older sister, it is available in pre-order from September 22.

The day that Microsoft confirmed the Xbox Series S – after a video was leaked – Xbox showed it in a video and mentioned some of its features such as faster load times, higher speed, next-generation performance, among others. We tell you everything we know so far about the Xbox Series S.

Designed for speed and performance

However, popular franchise, Halo Infinite, will not accompany the consoles at launch, as Microsoft said in August that it will need more time to finish “critical work” on the game. A tweet on the official Halo account explains that: “The decision to delay the launch is the result of many factors that have contributed to changes in development, including the impact that the COVID-19 pandemic has had on us throughout this year”. Halo Infinite, one of its most anticipated games in years, won’t arrive with the console until 2021.

Xbox Series X, which has a totally different tower design than its predecessor, comes with a new wireless controller that is very similar to the Xbox One. According to the company, this is because they want the muscle memory of gamers remain intact. However, the controller has small but very important changes focused on speed and compatibility. For example, the top buttons are round and the shutter edges are slightly lowered.

In the interview with GameSpot, Spencer indicated that although the Xbox controller fits almost any hand size, and that the new design is slightly smaller, increasing its coverage from 95 percent to 98 percent.

Microsoft also integrated a new D-pad, inspired by the Elite controller, which is designed to fit more forms of gaming, the Share button was added to take screenshots and video recordings, and the new controller is also supported. with Xbox One, with PC and Android and iOS devices.

Microsoft confirmed that the Xbox Series X can be pre-ordered starting on September 22 and can be purchased for $ 749 starting on November 10. Some stores have been anticipating and already allow users to sign up for Xbox Series X pre-sale information. However, the Xbox Series X and Series S units appear to be pre-sold, so if anything less than extraordinary happens, you will have to wait until November 10 to buy one.

Microsoft kept the price of the Xbox One X, which was priced at $ 749, while the Xbox Series S hits the market at a price of $ 499, the same as the Xbox One S.

What are the technical specifications?

Microsoft revealed the specs in March, which features a custom AMD Zen 2 CPU with eight cores clocked at 2.8GHz each, and an AMD RNDA 2 GPU with 12 teraflops, which together offer four times the processing power of a single. Xbox One and twice the graphics performance of the Xbox One X.

The console will also have 16GB (GDDR6) of RAM distributed in 10GB for the GPU, 2.5GB for standard memory and 2.5GB will be used for the operating system. According to the executive, such a powerful GPU will give space to a function called Variable Rate Shading that prioritizes individual effects and results in a more stable frame rate and better resolution, without impacting image quality.

The 1TB internal storage drive (SSD) incorporates a new feature called Xbox Velocity Architecture, which allows developers to instantly use up to 100GB of data stored on the SSD. According to the company, the SSD improves practically every aspect of video games.

External storage drives will also work with the Xbox Series X, but they will only be able to store data so you will have to transfer games to the console’s SSD or expansion drive in order to play.

Although the popular Halo Infinite franchise was scheduled to arrive alongside the Xbox Series X, Microsoft announced on August 11 that its launch would be delayed as the overtime will allow them to create the “most ambitious Halo game ever made to fulfill the expectations of our fans. ” Halo Infinite is a franchise that has not been in one of Microsoft’s console releases since Halo: Combat Evolved, the title that accompanied the first Xbox.

Here are other confirmed titles for Xbox Series X. Titles in bold will be those that will be available for launch or shortly after launch:

What is Project xCloud?

Project xCloud is the codename for Microsoft’s cloud gaming service which has now officially launched as Cloud Gaming with Xbox Game Pass Ultimate.

Project xCloud leverages Microsoft’s existing data centers across the globe, literally loading up servers with the component parts of multiple Xbox One consoles. These are then used to run the games that are streamed directly to your mobile device of choice.

The service is currently bundled free with Microsoft’s Xbox Game Pass Ultimate subscriptions, meaning you can play over 150 Xbox Game Pass titles on your Android phone or tablet as well as your console and PC. This library will evolve over time and will expand further when Microsoft’s partnership with EA Play comes into effect later this year.

Cloud gaming with Xbox Game Pass is still relatively new so we’ve gathered together everything we know about Microsoft’s cloud streaming service below for your perusal.